With today’s heavy frost, I think it’s safe to say the majority of the growing for 2016 has come to an end. This year has been my first year on my little half plot and I feel it has been a success! I’ve grown all sorts of different veg and flowers from Dahlias, calendula and sunflowers to beetroot, spinach and pumpkins! At some points the plot has been full to bursting, but it has produced a steady stream of lovely fresh produce which has been thoroughly enjoyed.

For me what has done the best on the plot has been Spinach, lettuce, climbing beans and runner beans. I’ve had an abundance of these veggies, which have been enjoyed in our house as well as various friends and families houses when the glut has descended! In terms of flowers the Dahlias have absolutely loved the plot and have romped away producing lots of lovely big plumbs – so many so I’ve struggled to pick them all! I’ve also had a glut of calendula, nasturtiums, cosmos and sunflowers, which have added a lovely pop of colour to all my arrangements!

In terms of negatives (as this is a reflective post) what hasn’t done so well this year has been the potatoes, carrots and brassica’s – as I’ve found most have got club root! It may sound strange but the veg that hasn’t done very well is the veg that I spent the most effort to grow! Maybe there is a sign in there somewhere? On the flower front the sweet peas didn’t do too well! It was too hot up at the allotment and the soil is so free draining that they struggled for water (despite lots of watering) most ran to seed and went over quickly! I also struggled with some Bells of Ireland I was growing as they didn’t come to much at all! I also planted some aster seeds and a few other seeds, which I think the early plague of ants (I had nests everywhere for months, then they just suddenly disappeared) tucked in to as they never came up!

All in all though the plot has exceeded my expectations and has been a source of excitement all year! I cannot describe the wonderful feeling of watching things take off and grow and the euphoria of hand picking wonderfully fresh flowers and veg. I’m currently planning next year (who am I kidding? I’ve already planned next year!) and I’m hoping to conquer more veg and flowers but potentially in a bigger space! But first we’ve got a house move and winter to contend with!

Who are the ‘Cheshire Foodies’? 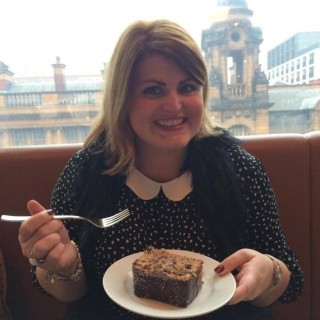 The Cheshire Cook and Grower